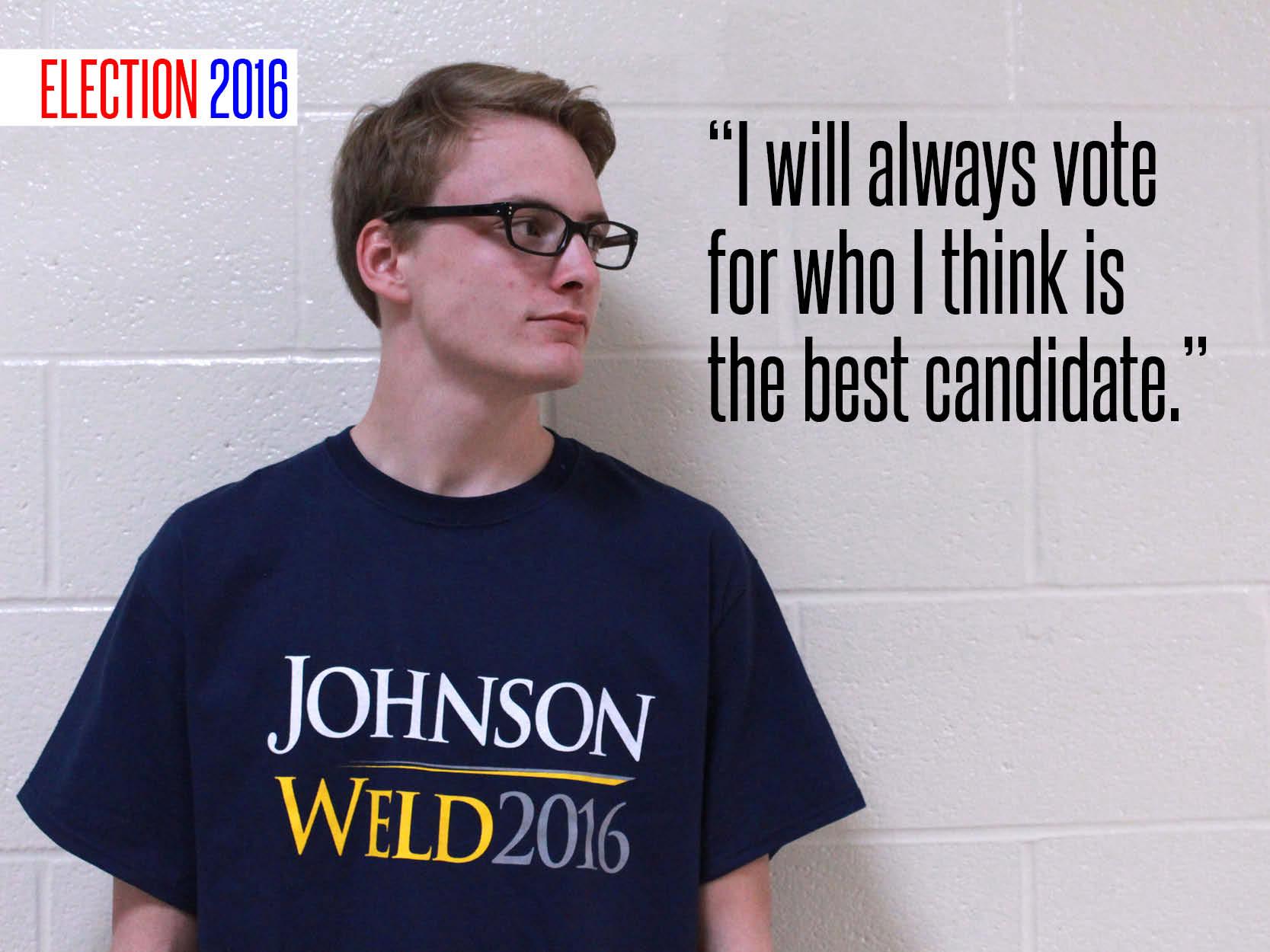 He dedicated hours to the tedious work of searching through high school and college directories for any club leader with potential interest in forming a Libertarian chapter. The new Youth State Director of the Gary Johnson campaign, Lakota East senior Griffin Noe, has assisted in corresponding with colleges around Ohio to help create new chapters of the Libertarian party.

After keeping an eye on the website for potential roles in the campaign, Noe responded to an ad asking for college students interested in being a state director of the youth movement. Noe sent in an application although he is in high school. He received a phone call from the regional manager, whom he told about all the things he does for Junior Statesmen of America (JSA).

His work for JSA, which includes reaching out to other schools and helping them establish similar clubs, aligned perfectly with what the Youth State Director tasks involved. A week later the campaign formally offered Noe the job. From that point on Noe worked for his candidate of choice, Gary Johnson.

The Libertarian candidate, former two-term New Mexico Governor Gary Johnson, is becoming a viable moral option in place of the Democratic and Republican nominees. As America prepares for the 2016 presidential election, the Libertarian party is making an advance towards developing into a major political party.

“Winning the election is not the main goal of the Libertarian party,” Noe said. “But if you’re able to win a few states, get 15 percent of the popular vote, that’s enough to actually make you a major party in the eyes of the election committee.”

Rasmussen Reports found that 83 percent of people surveyed claimed Americans are not informed voters. According to Noe’s regional manager Joey Bradfield, with many important problems at hand it is crucial to know how each candidate stands on the topics.

“[Hillary Clinton and Donald Trump]  aren’t entitled to my vote. If I were to vote for Trump or Clinton, I would be wasting my vote,” Bradfield said. “We all owe it to ourselves to find the candidate that most aligns with our beliefs and our ideological standpoint, to pick the person we believe in.”

Johnson’s platform is not far off from either current major party. According to Noe, “it’s just social liberalism and conservative in the physical department.” Noe goes on to claim that while some radical libertarians are viewed as “crazy anarchists,” Johnson is not part of that faction.

Having a third option for president has been a turning point for many Americans who were previously supporting one major party or the other. In terms of making the option available, voters can broaden their political views to more than the standard two-party system.

A list of downfalls and scandals has yet to accumulate for Johnson, unlike his opponents, whose images continue to get tarnished even up to the last week of the election. According to JSA member and East junior Ryan Ackerman, “[Johnson’s] only political advantage this year is the fact that the other two main party candidates are some of the most disliked main party candidates in the last 50 years.”

This is a shared opinion among Johnson supporters; many believe he is the most moral choice. According to Bradfield, “he is the only guy I could vote for in good conscious in the general election.”