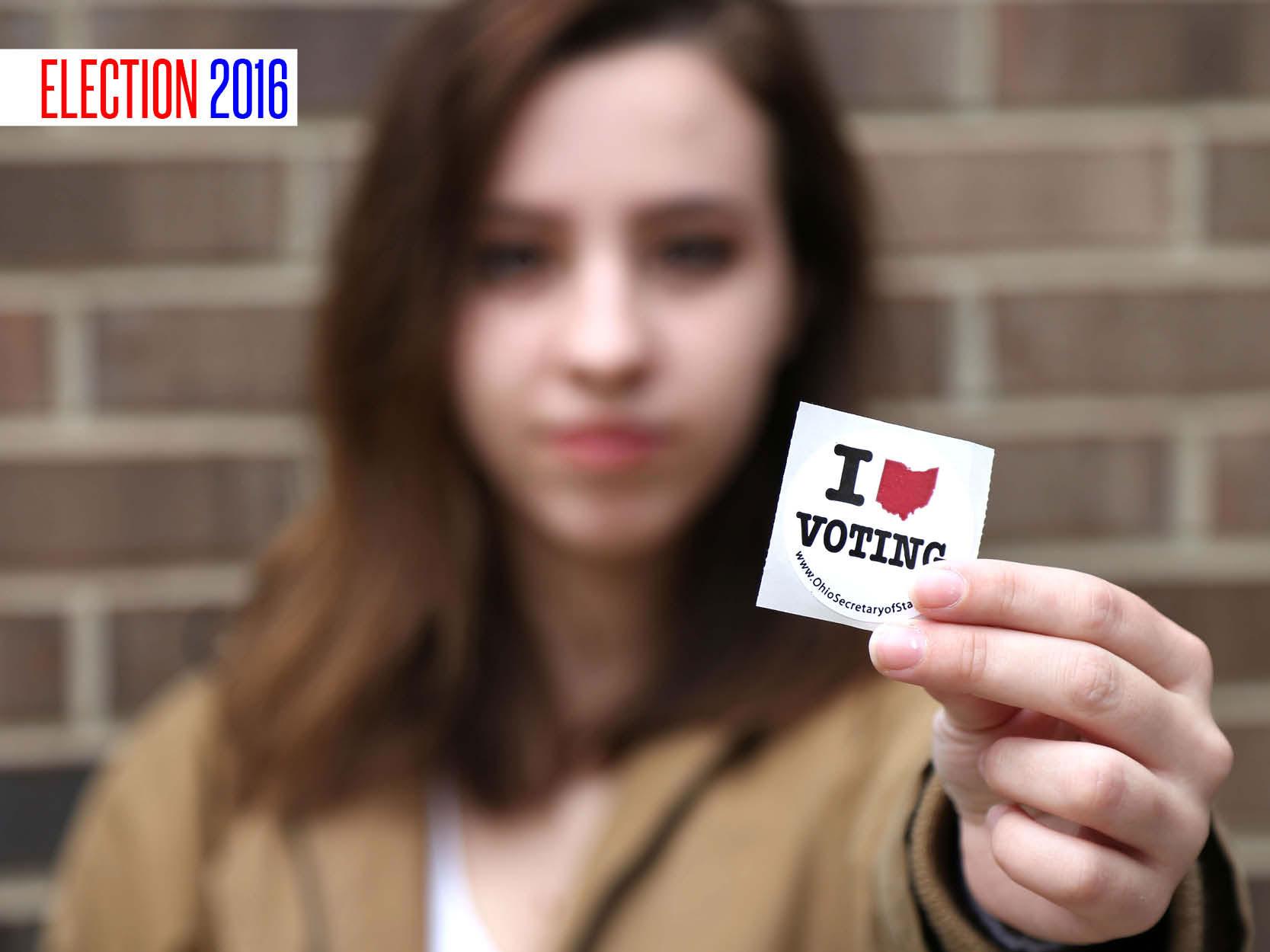 I woke up this morning and laid in bed for a few minutes, letting it sink in that today is the day I vote for the first time. I turned 18 in October, just making the cut that allows me to play a role in one of the most controversial presidential elections in U.S. history.

I’ve spent my whole life developing a personal worldview, and I’ve used these views to inspire numerous columns for Spark. No matter how much time and thought I put into these columns, however, they’re always susceptible to scrutiny along the lines of “she’s just a high school student, who cares what she thinks?”

This argument may be harsh, but admittedly, it has backing. As much as I talk about issues and change that need to be made, when it comes down to it, these are just words. Today is the first day that my opinion will have a purpose other than potentially inspiring others to take action. Today I will be able to take action myself.

I was given this power to vote when I was born in the United States, and I never had to worry about fighting for this right. This is the case for many U.S. citizens, and it’s easy to forget the gravity of this responsibility when it has always been a part of our lives. Some countries have dictators where no one else has a say in the government, while other countries may withhold voting rights from women and minorities. These are facts that are easy to forget when they don’t affect our lives directly, but when it comes to Election Day, these are facts we can’t afford to ignore.

Historically, the U.S. lags behind other democracies in voter turnout. There was a 53.6 percent turnout rate during the 2012 presidential election, placing the U.S. 31st among 35 countries in the Organization for Economic Cooperation and Development, which mostly consists of developed democratic states, according to the Pew Research Center. This statistic is alarming, revealing that just over half of those eligible to vote in the U.S. actually exercise that right.

Today is the first day that my opinion will have a purpose other than potentially inspiring others to take action. Today I will be able to take action myself.

While people may not always make it out to the polls, it seems like Americans rarely have trouble exercising their right to free speech, whether it be about politics, social issues, or even reality TV stars. Having the ability to speak freely is something that shouldn’t be taken for granted, but to voice complaints about these issues and then neglect the chance to participate in changing them is pointless and hypocritical.

Driving up to the polls and casting a vote isn’t enough to avoid this hypocrisy, however. Filling out a ballot does more than just record one’s preference, it actually plays a direct role in the outcome of the election. With this in mind, it’s important to make an informed decision.

With news about the election more accessible and immediate than ever, there is no reason to walk into the polling booth uninformed. It’s easy to drown out reliable sources and listen only to biased propaganda, or to be swayed by the views of family and friends, but doing this undermines one’s ability to make an independent, personal decision. The presidential election greatly affects the nation for the subsequent four years, so walking in armed with research and knowledge is the ideal way for people to make whatever decision is in their best interest.

Today, my opinions are no longer just the thoughts of a high school student. One vote may seem small, but I understand the rarity of this right, and the immense responsibility that comes along with it. It’s one thing to talk the talk, but today people have to walk the walk straight up to the polls.