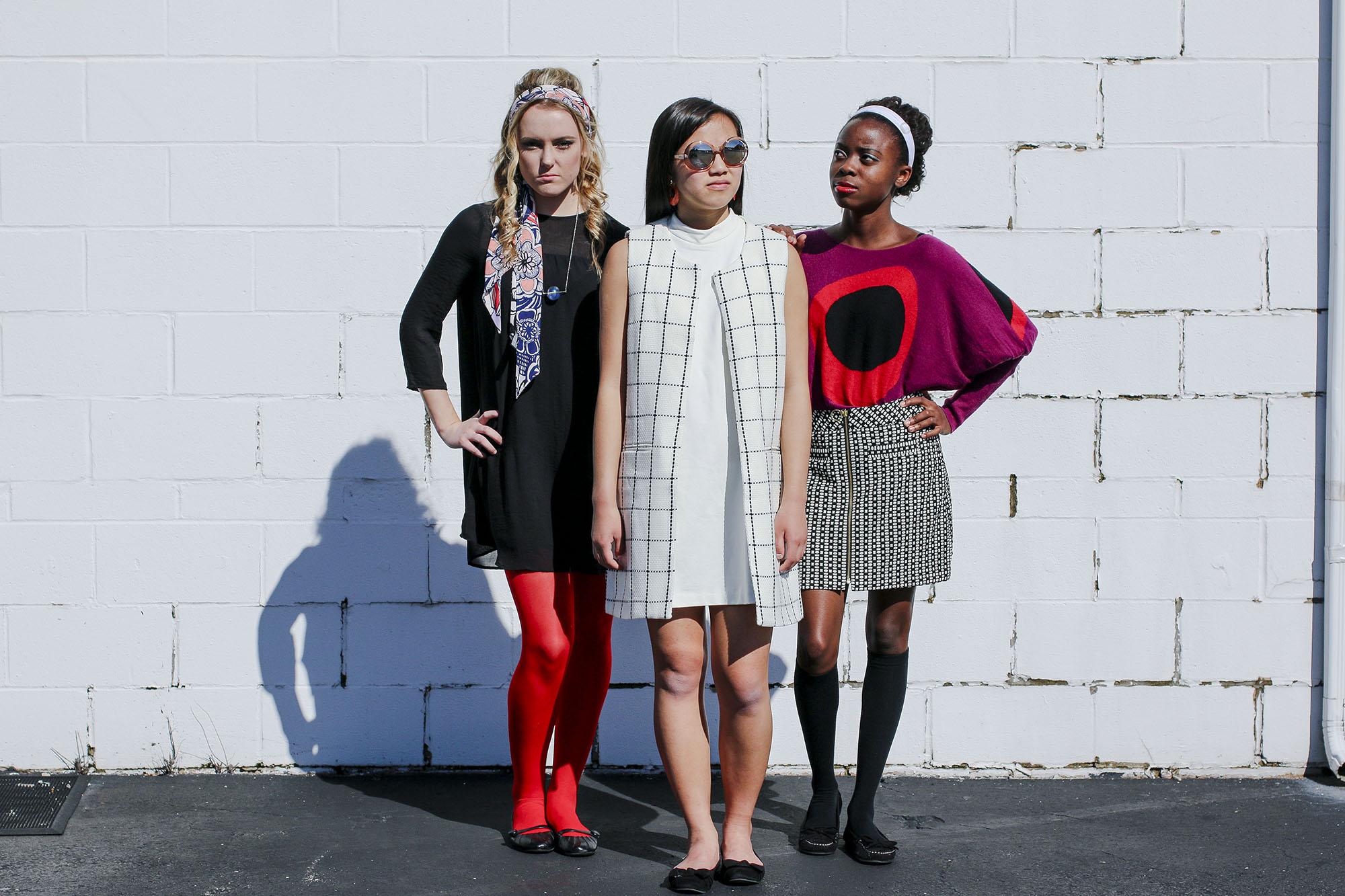 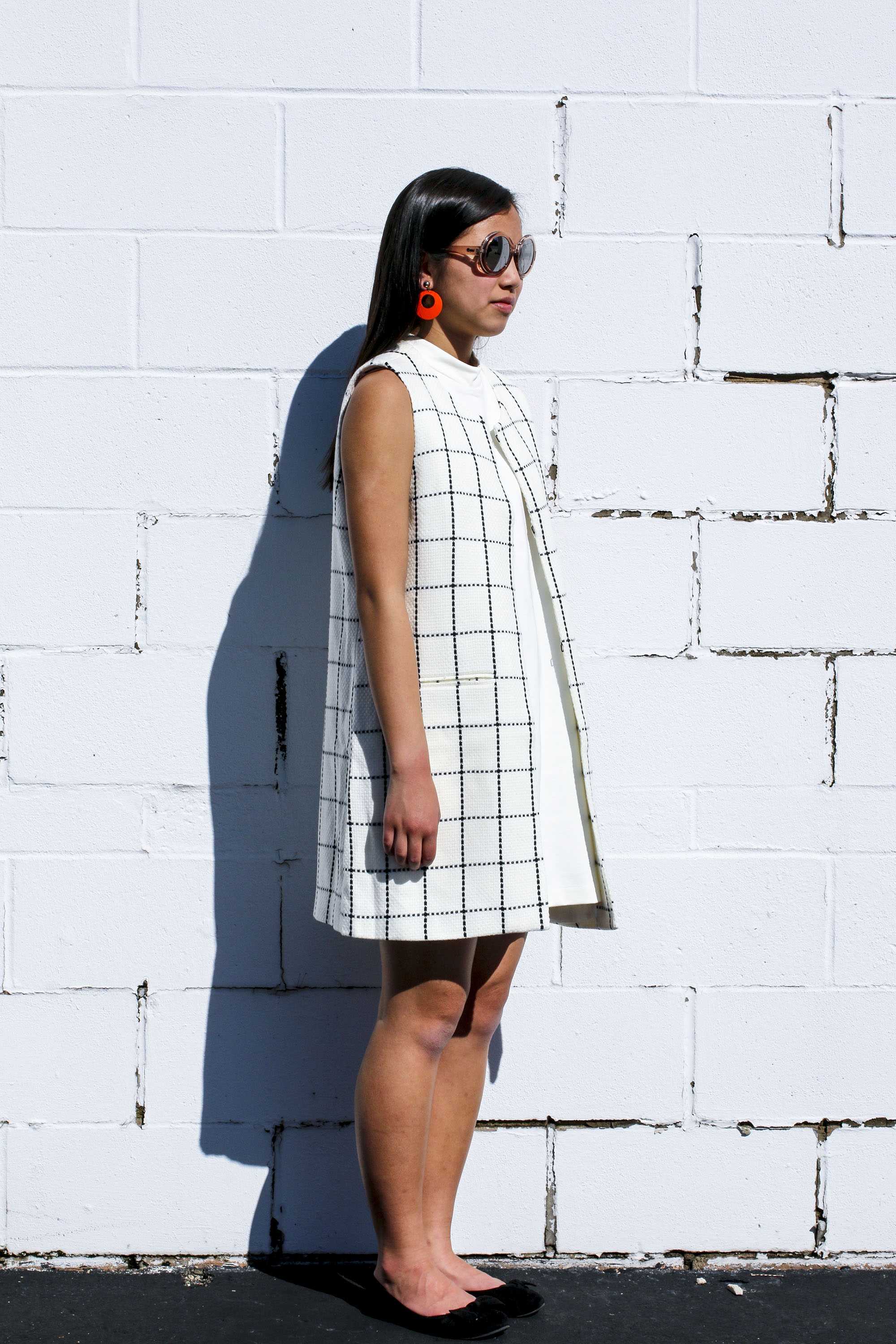 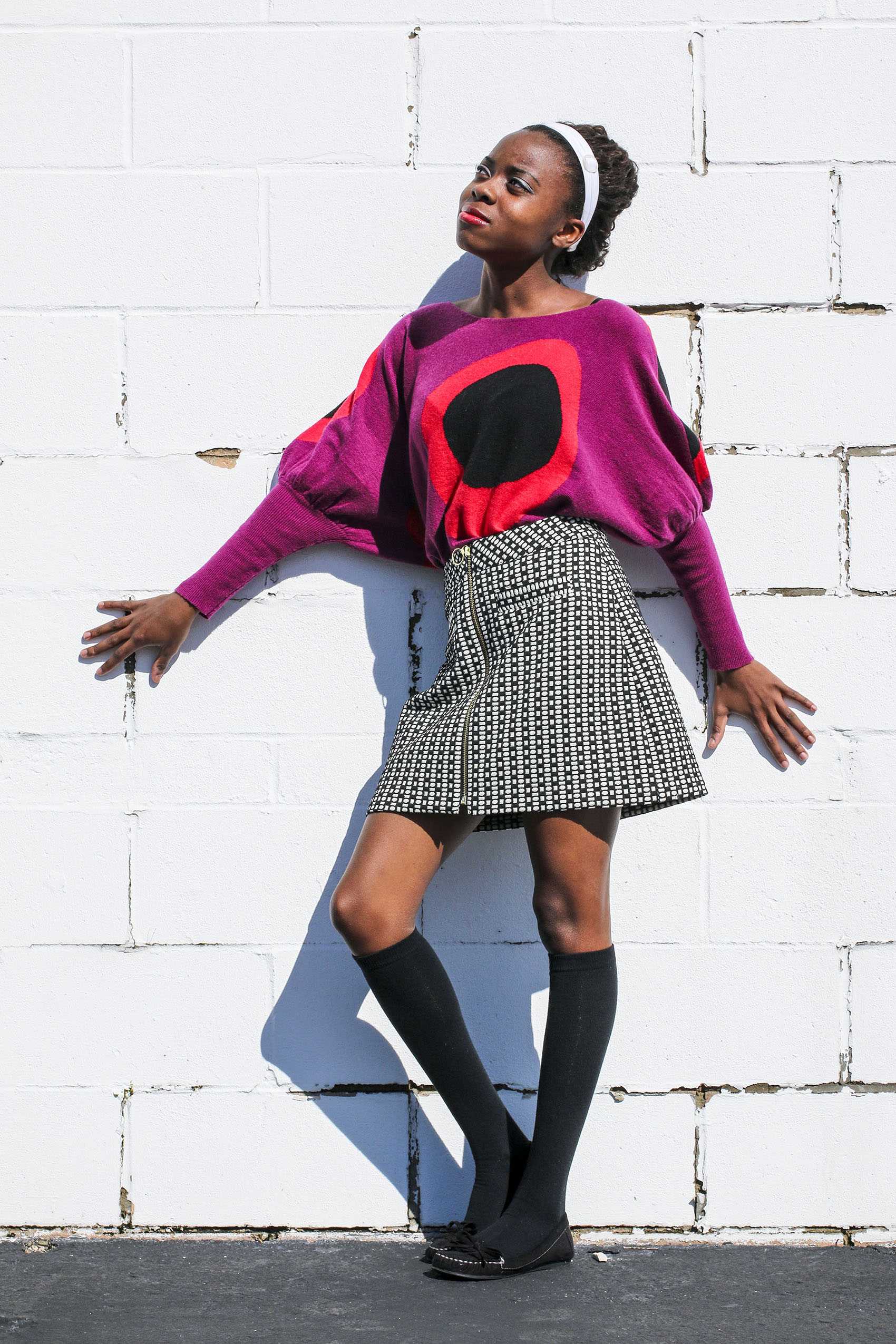 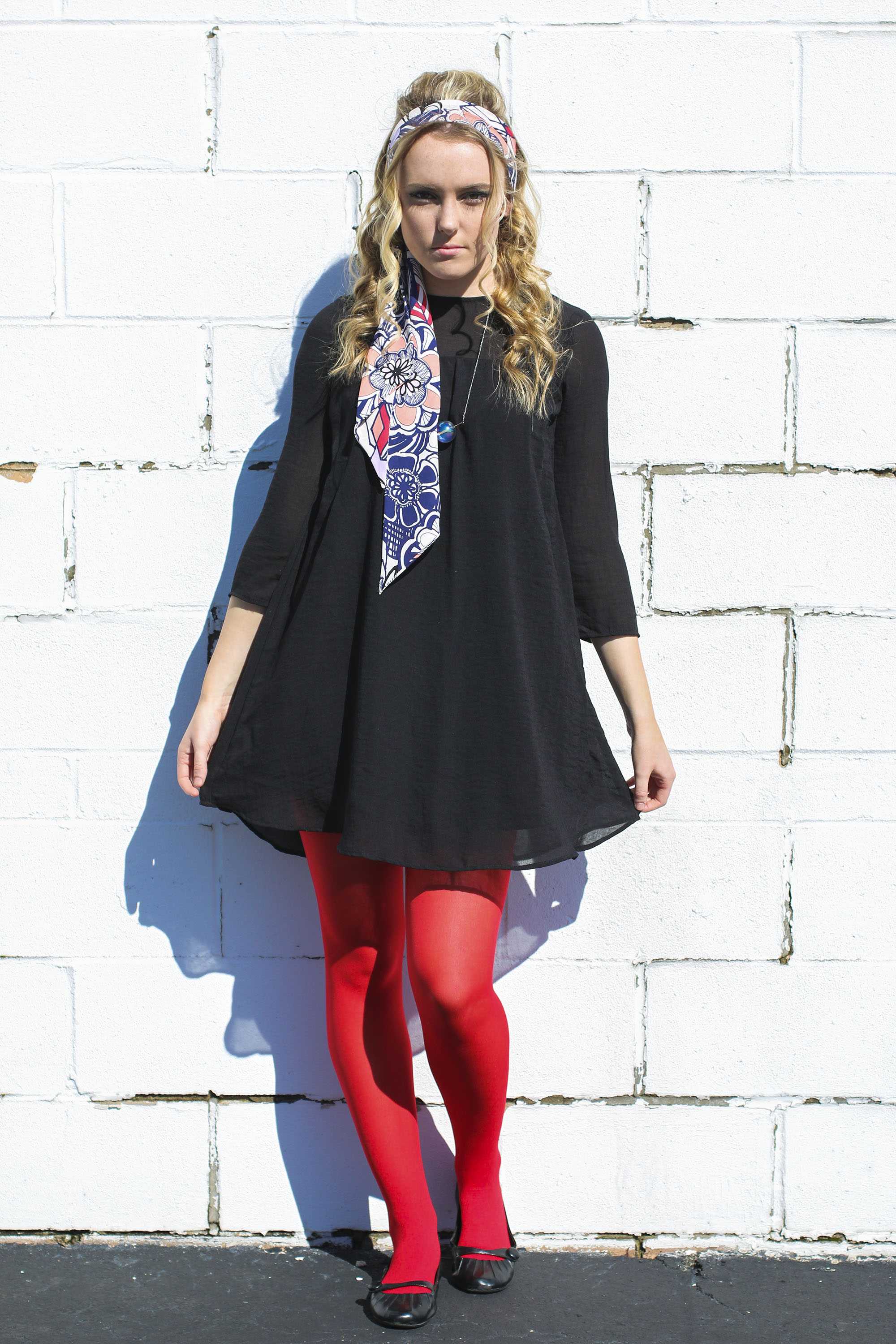 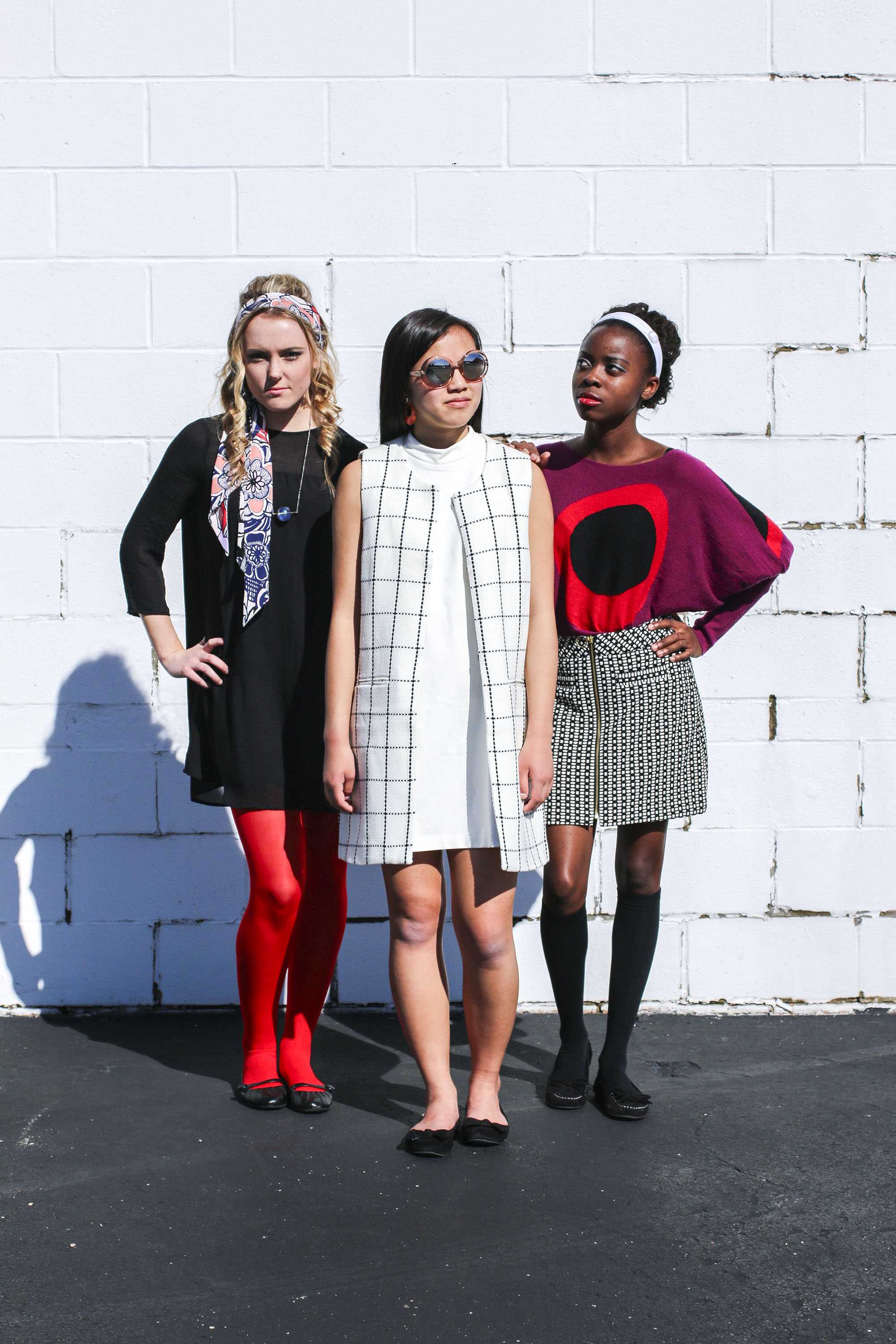 The British invasion in the 1960s started with the Beatles and ended with Twiggy. Somewhere in between the two, the culture of mod evolved. With the current revival of mod in Europe, it won’t be much longer before the style is prominent again in America. Even though not everyone is wearing the iconic 1965 “Mondrian Dress” by Yves Saint Laurent, there are still mod elements incorporated into today’s trends.

As for the hair, it was outta sight. Massive volume and large bumps that can only be created by today’s “bump its” defined the iconic Brigitte Bardot style. Straight hair, pixie cuts and beehive styles were also popular in the ‘60s. To achieve those far-out bumps, Ultra Clutch hairspray was a must. 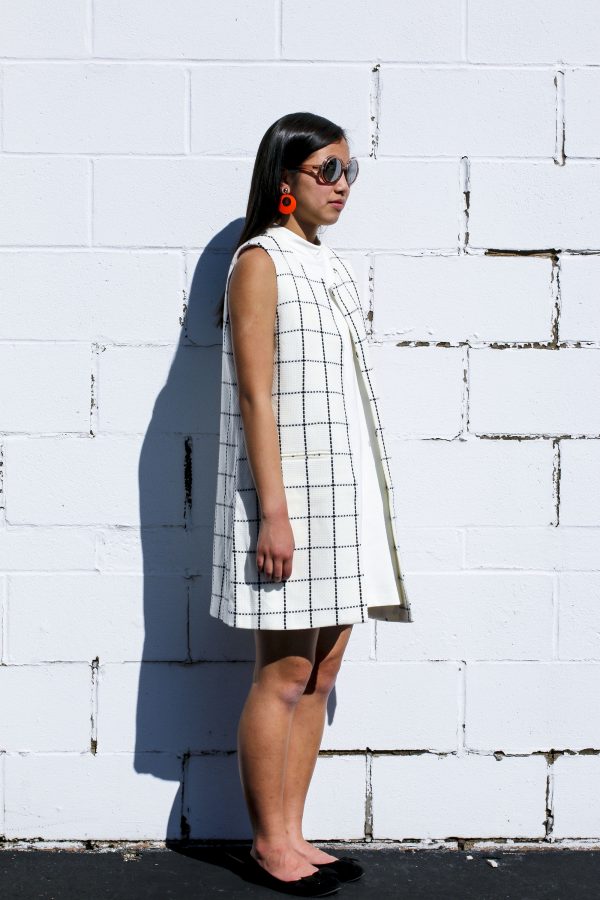 Makeup in the ‘60s marked a change from the simple elegant looks of the 1950s. Either blue or white eyeshadow was the color of choice. Then the crease of the eye was lined, and bottom lashes were drawn on with eyeliner. For real, massive lashes were the focal point and gave the overall makeup look a baby-doll feel.

“I love the bold, fun makeup from the 1960s,” says East junior Lilyana Bryan. “I really try to make my eyelashes stand out with mascara. Twiggy’s eyelashes were goals.”

Because the mod style was defined by clean lines and structured articles of clothing, accessories added a little flare to most simple outfits. Scarfs and oversized headbands were worn as accent pieces to popular hairstyles. Like the big hair, big jewelry was in style. Many of the abstract pieces worn back then are comparable to statement jewelry worn today. Funky shades also evolved from the mod trend, large circular frames or even chunky square frames, made big sunglasses perfect to catch some rays in.

Again, the modern style of ‘60s fashion shift-ed away from the typical conservative styles of ‘50s with the introduction of the shift dress. The boxy cut of the dress hid curves and portrayed a slimmer, boyish figure, which was desired at the time. Dropped waistlines also worked to conceal a woman’s hourglass shape. Sixties clothing was all about creating an illusion. 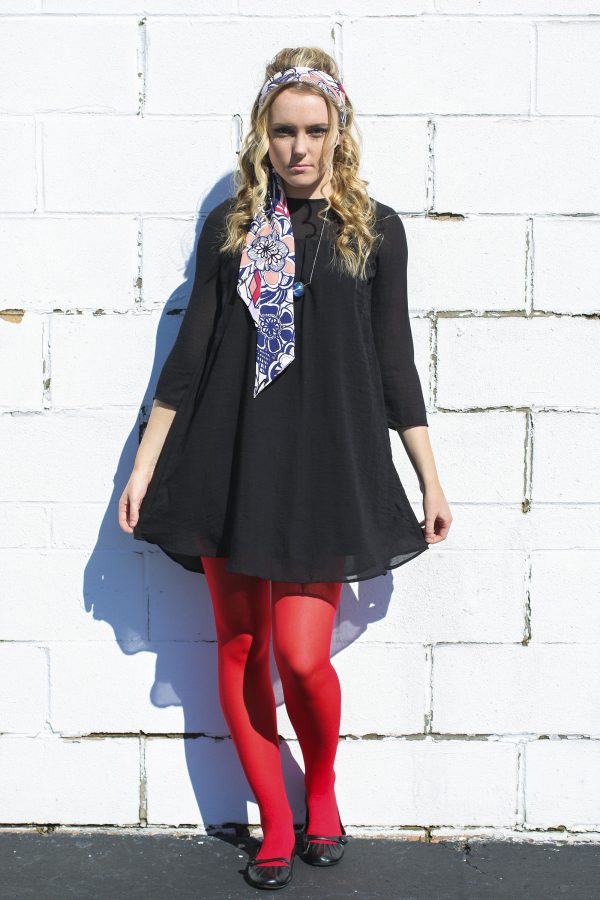 “The popular silhouette was long and slender, very rectangular or A-shaped,” says collections manager and adjunct instructor at Drexel University Monica Stevens Smith. “The ideal [body shape] in the ‘60s was a very youthful woman who lacked curves. The 1960s featured many trends set by a younger demographic, because of this the youthful styles like the shift dress prevailed.”

Shifts weren’t the only trendy dress style. Peasant dresses were in the groove too. Some peasant dresses were embellished with Peter Pan collars or longer, pointed collars. Buttons and pockets also added a pop to the simple peasant dress. Hip hemlines of the all the dresses in the 1960s were often very short to portray mile-long legs.

“[The 60s] were the first time where legs were the focal point of the silhouette,” says Smith. “Hemlines only got shorter after the mod fashions came around. Since then, legs have often been in the spotlight, creating pressure on women to be thin, toned and tanned.”

Miniskirts were also a killer trend and were paired with bright-colored tights or knee-high socks to further emphasize legs. That being said, the ‘60s also marked the first time in history when women began to wear jeans. This led to the trend of bellbottoms, starting in the late ‘60s and carrying on through the 1970s, as the hippie trends came into style. 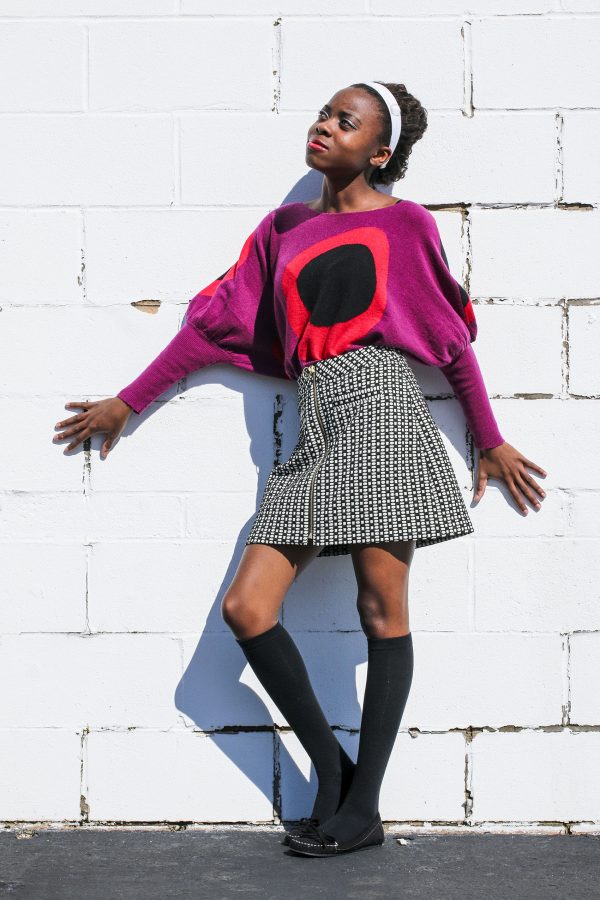 The abstract sweater from Dillard’s worn by East junior, Megan Thomas gives off mod vibes and is paired with a miniskirt and high knee socks. Photography by Maya Wells

“The adoption of blue jeans in the 1960s was important,” says Senior Adjunct Professor of  Fashion Design, Visual Studies and Diversity Studies at California College of the Arts Melissa Leventon. “[Jeans were] a sort of ‘classless’ uniform for middle-class men and women. For women, society was finally accepting pants as appropriate female clothing, which was a battle that had begun more than a century earlier.”

Unreal mod trends were influenced by the prominence of op art and pop art in the culture of the ‘60s. These abstract pieces of art inspired designers to create far out threads. Bright colors, checkerboard print and other unique patterns were modeled off of Andy Warhol and similar artists’ pieces.

“Pop art was a style based on graphic advertisement and primary colors,” says East art teacher Linda Augutis. “I think that translated into [1960s] fashion with the bold colors.”

Many current designers reference the ‘60s mod style to create their modern-day collections. Recently, Louis Vuitton’s spring/summer 2013 show was built around modified checkerboard print shift dresses and flashy headbands. Not all mod is brought back on the runway; stores like Topshop and Zara have revived the 1960s mod trend through their collections.

“We’ve been in a continuous cycle of revival since the 1960s,” says Leventon. “There is something we call the ‘cycle of fashion.’ All styles have a fashionable life that is finite, eventually as fashion moves ahead, styles start to look dated, and eventually we stop wearing them. Now after about 20-25 years people, start riffing on [a past trend], which eventually brings it back into fashion, and the cycle starts again.”

In today’s fast-paced world, the modern muse for fashion design is constantly changing. Not only do past trends influence new designs, but other cultures’ and countries’ fashions are incorporated into the melting pot of American apparel. What is in style today may be gone tomorrow, but it will always show up again in the future.