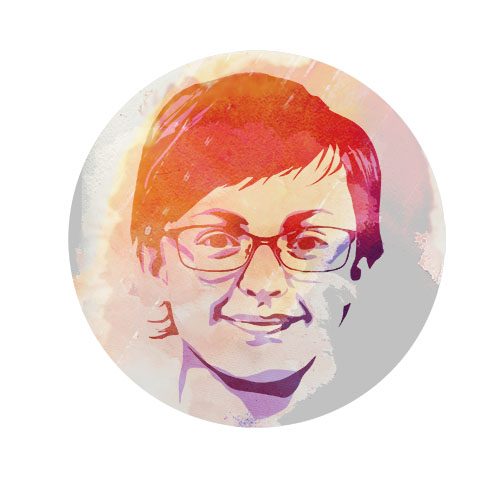 Our Pulse is Strong

The morning I woke up on June 12, 2016, I was met with headlines I never wanted to see. In the largest modern mass shooting in the United States, 49 were dead and 52 injured for their sexuality inside the Pulse nightclub, a gay club in Orlando. I woke up to an attack on my community, and all I could do was sit there and stare, reading the same terrifying headlines over and over again, texting my friends to make sure we were all safe and intact, crying because my brothers and sisters were outed to the world by a hate crime.

The Pulse shooting shook my trust, my sense of safety, and my pride in being gay. The only things I felt were fear and a deep, unending sadness unlike anything I’d ever felt before. The shooting may have been in Orlando, but it could happen anywhere, and it was an attack on the community I have always found solace and pride in.

Over the course of the day, I filled the whiteboard in my room with quotes by other Lesbian, Gay, Bisexual, and Transgender (LGBT) people to remind myself that life would continue, our community would come together, and we would carry on. One that gave me the most comfort was “They can take our lives, but they cannot silence our voices,” a quote from #OrlandoUnited.

June was supposed to be ours, but Pride Month marches became funeral marches, and late-night outings became vigils. This brought us full circle to when the AIDS crisis was at its peak and Pride Month stood as both a loud, rainbow-colored reminder that “we’re here, we’re queer, get used to it,” as Queer Nation said, but also as a testament to our dead.

The pain of the Pulse shooting is being ripped away from the LGBT community and twisted to benefit others. People are using it to push agendas like gun control, and the names of Orlando victims are thrown around as though they’re political pawns instead of real people who were lost to the disease of homophobia. Our lives are politicized, our love is politicized, our deaths are politicized for the benefit of people who want nothing to do with us aside from looking at us like a zoo exhibit without doing anything to help us.

According to the Gay, Lesbian, and Straight Education Network (GLSEN), 30 percent of all suicides are LGBT people. Rather than wake people up to the toxic culture we’ve surrounded youth with, these deaths are used to further agendas. 90 percent of LGBT students report hearing anti-LGBT comments at school, one-third of which come from staff members, and our pleas for change have dissipated into silence, and our issues are pushed aside as niche instead of beneficial to everyone to solve.

LGBT youth’s issues are the issues of everyone in the school. Desi Benton, the co-chair of the Cincinnati chapter of GLSEN, feels very strongly that listening to LGBT issues exposes people to more than the small bubble people tend to live in.

“Exposure to LGBT issues exposes people to all colors of the rainbow, not just red, green and blue,” Benton tells Spark. “We live in a community where what is good for an individual is good for the rest of the community.

Three months after the Orlando shooting, the LGBT community is still in its healing phase. People are still afraid to go to LGBT spaces, because there is a renewed fear that our spaces will be invaded by shooters and bombers who want to take away the sense of happiness that LGBT so rarely find in other places. Many can’t even be out in their workplace because of this fear. According to a study done by the Human Rights Campaign, “Over 80 percent of non-LGBT workers report that conversations about social lives, relationships and dating come up weekly and often daily and 81 percent feel that LGBT people ‘should not have to hide who they are at work,’ however less than half would feel comfortable hearing an LGBT coworker talk about dating.”

Since the shooting, I’ve been made part of the four-person leadership committee for the Lakota East Gay-Straight Alliance. I’ve made it my mission to educate my community because the academic system ignores us in history and attacks on our community are taken from us, and LGBT youth deserve to have a space of safety and understanding and a place to mourn and heal in peace while still looking forward. According to Parents, Families and Friends of Lesbians and Gays , LGBT youth are 5.9 times more likely to have severe depression, and if I can help even one other person, that’s enough for me.

My whiteboard hasn’t changed in almost a month. The only thing on it now reads “Our hearts may be broken, but our Pulse is strong,” with smaller handwriting saying “stay strong for those we lost.”