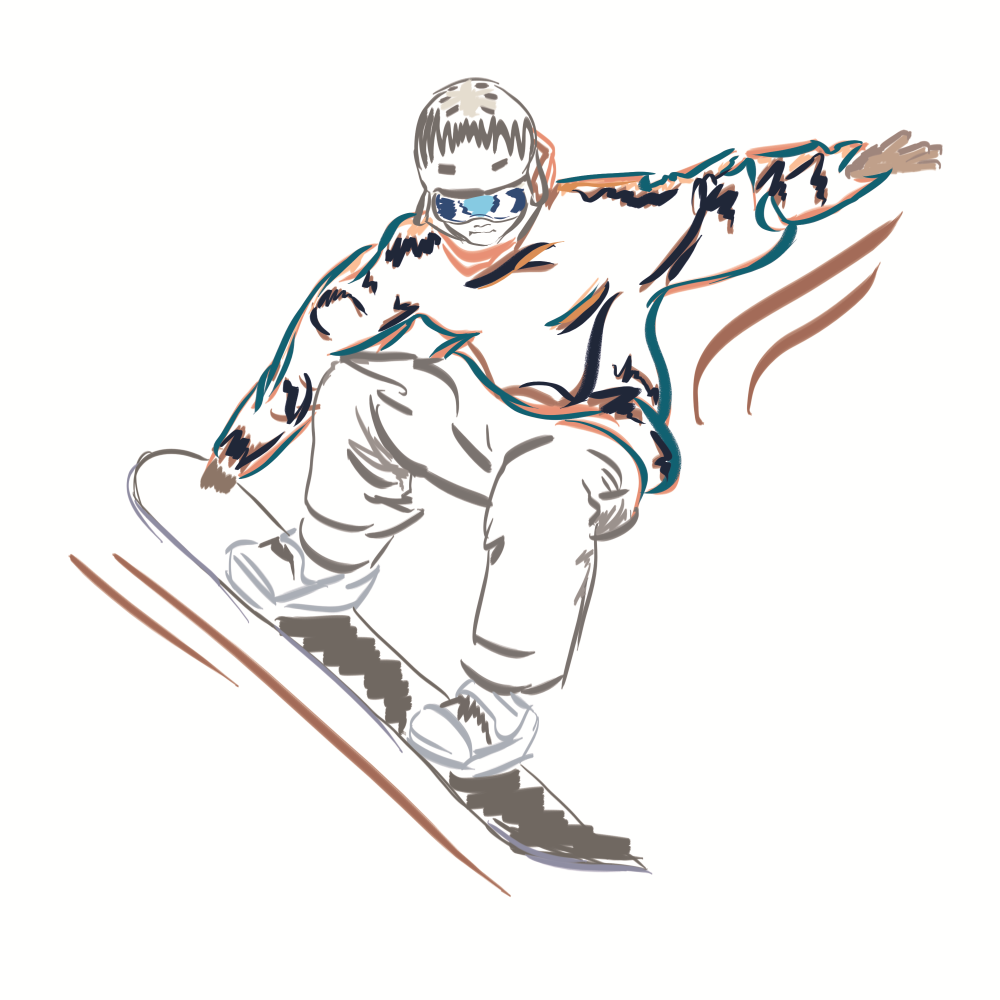 The icy wind is chilling to the core as he shoots down the snow covered ‘Far Side’ hill at Perfect North Slopes. Reaching speeds near 50 miles per hour, he jets down mountains. However, the freezing temperatures and high velocities don’t phase him, snowboarding is his passion.

East junior Jake Brinck has been snowboarding since he was ten years old and has loved it ever since. When he was first starting out, he had a little toy snowboard that he went down backyard hills with. It wasn’t long before he discovered snowboarding was something he wanted to do on a more serious level.

“As a Christmas present one year my parents paid for a years worth of snowboarding lessons for me at Perfect North Slopes,” Brinck says. “Since then my love for the sport has really taken off.”

According to Perfect North Snowboarding Trainer Megan Holthaus, beginners lessons can differ based on the comfort level of the snowboarder.

“We always start by introducing the snowboard, how to put it on and how to stand on it,” Holthaus says. “Then we usually start clients off with only one foot latched onto the board, this helps them ease into snowboarding.”

Brinck tries to snowboard at least once a week at Perfect North. If he is unable to do so he tries to double up the following week. Perfect North is his main snowboarding location but he has also been to resorts in Minnesota, Colorado and most recently Michigan.

Brinck has fallen in love with the feeling he gets when snowboarding. He says he sometimes enjoys going fast down hills and enjoying the adrenaline rush. Other times, he likes taking it slow because it is relaxing to take everything in and feel the snow underneath his board.

Brinck likes to get better at snowboarding and enjoy it but doesn’t take part in any serious events.

“I’ve never really had the urge to be in any competitions,” Brink says. “But every so often when I go with friends we will race each other but it’s all really just for fun for me.”

One of his friends he attends Perfect North with is East junior skier Josh Ring. Brink and Ring have been friends for a long time and they love hitting the slopes together.

“It’s fun to go with Jake because he’s a real funny and easy-going guy,” Ring says. “He doesn’t take snowboarding too seriously to the point where he can’t have fun with it. He’s always trying to do new tricks and it’s pretty funny when he messes up, but that doesn’t happen often.”

Ring also added how good Brinck is at his craft which Ring says is a testament to how hard he works at it. “No matter what time it is Jake would be snowboarding if he could,” he says. “He works really hard and gets better every chance that he gets.”

Snowboarding is a very difficult sport to master. It requires incredible balance and guts to be able to fly down a steep, slippery incline. Brinck says the number one thing to being a successful snowboarder is having confidence in yourself.

“If you think about falling you’re going to fall,” Brinck says. “But if you are relaxed and not discouraged when you do fall, which will happen, you will be fine.”

Additionally, snowboarding can be quite a dangerous sport. Cruising down icy slopes at high speeds can pose an injury risk and this is something Brinck’s father, John Brinck, is aware of.

“It can be a little nerve-racking at times,” John says. “He broke his nose last spring break out west. But he wears the right equipment and we trust he will make good decisions.”

Other than the pending accident that is one wipeout away, John had nothing but good things to say about the sport. “I love that you can move and enjoy it at your own pace and skill level,” John says. “There is always room to improve and challenge yourself and it is a great activity to enjoy with friends.”

Brinck looks forward to making more memories out on the mountains.