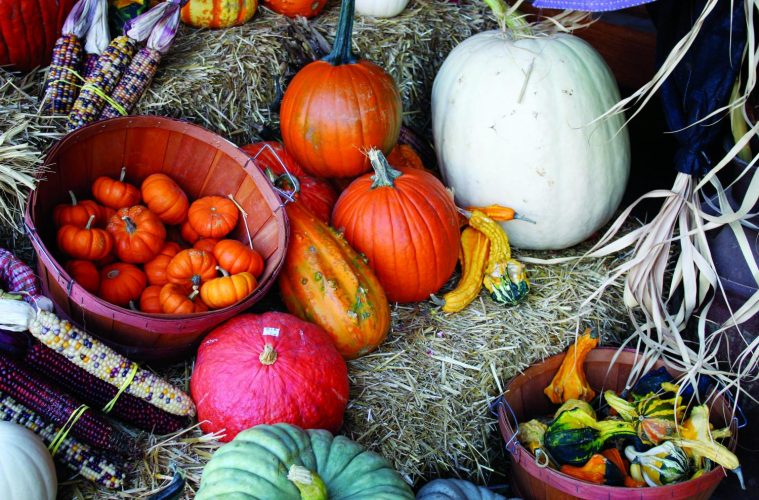 From pumpkins and pies to mazes and hayrides, October is a great time for some quality family fun. These four farms are just a few of the great choices for some seasonal enjoyment – all located within a half-hour or less of Lakota East High School.

This fourth-generation farm, only a ten minute drive from Lakota East High School, boasts a great family-friendly environment. The farm, originally purchased by Henry Garver in 1926, has gone through many changes, but according to owners Michael and Sue Garner, it has been and will always remain “a family farm.”

In the heart of Olde West Chester sits Station Road Farm, a family friendly destination thriving with fall vibes. This season, the farm features autumn decor such as pumpkins and corn stalks as well as local goods and produce. “My grandpa owned the farm and it has been passed down,” says owner’s daughter, Liz Binder. “We’ve been in business since 1975.”

Irons’ Fruit Farm is a fourth-generation family farm in Lebanon that offers hayrides, pumpkin patches, corn mazes and pastries. The farm started off growing potatoes, then apple trees, but began to expand in the 1960s “a little bit as a time”, says third generation owner Ron Irons. “We planted some vegetables and pumpkins [as] a nice hobby… we started doing donuts, then we got into fritters [and] it kept growing.”

The Mount Healthy Haunted House’s organization, which has been around since 1990, partners with two Boy Scout troops in order to help set up and run their spooky attraction. The haunted house this year, which uses around 70 scare actors, includes a spinning tunnel and a black maze for the victims to feel their way out. In charge of the haunted house is Eric Stewerf. “[My] favorite part about working here is all the victims,” says Eric Stewerf, who is in charge of the organization. “People are basically paying to be eaten.”