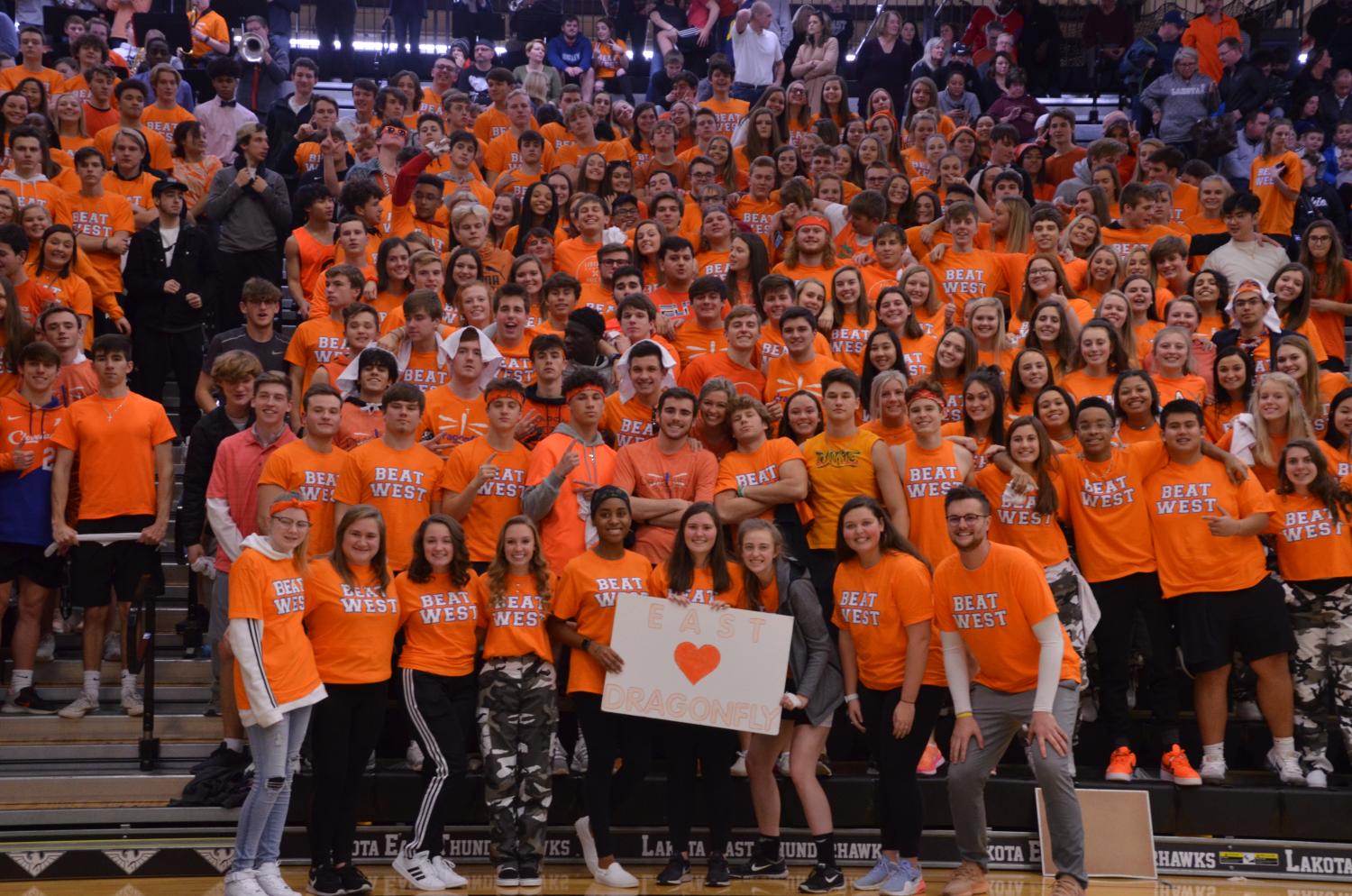 Orange Out for Dragonfly

As the buzzer for the 2020 East versus West basketball game sounded in the East gymnasium, the scoreboard read the winner of the game, but the real winner was the Dragonfly Foundation.

East alum and Ohio State student Sydney Rader started this event in 2016 before she graduated in order to support her neighbor who was battling leukemia when she was in seventh grade at Liberty Junior School.

For the first orange out, Rader, as well as the other people involved with the event, went to Michaels, bought plain orange t-shirts, and sold them at the game for $5. There were also orange bandanas that could be purchased.

All of the money that was raised from this event was donated to the Dragonfly Foundation.

“We started the planning in August,” Lauren said. “This year we decided to do raffle baskets, so around November or December we emailed [local businesses] to try and set everything up.”

Companies like Beacon donated supplies in order to help the event run smoothly.

This year, Lauren decided to have the Orange Out the night of the East versus West basketball game.

Not only did more people attend this game, but there were more shirts sold this year than ever before.

“Everyone really liked the ‘Beat West’ shirts,” Lauren said. “We had around 700 shirts at the beginning and sold out of all sizes except XL.”

DiVito, an Intervention Specialist at East for 13 years, wanted to become more involved with the school and saw that helping with this event was the perfect way to do so.

She first learned about the foundation after one of her students passed away from Leukemia.

“That whole experience of watching her go through what she did really touched me,” DiVito said. “She was one of the original dragonflies.”

The money that is raised during the basketball game helps the families of the children who have been diagnosed with cancer.

Another person who was involved in the organization of this event was the Dragonfly Foundation Student Programs Manager Amy Hafner.

After having corporate jobs in the past, Hafner knew that she wanted to do something that made an impact upon the people in her community.

“It’s such an amazing organization,” Hafner said. “The Dragonfly Foundation is a very close knit community.”

The Dragonfly Foundation partners with other schools in the Cincinnati area through a student ambassador program in order to raise awareness about the organization.

In the student ambassador program, kids from each partnering school find the best ways to fundraise for the foundation. East’s fundraiser is the orange out, but other schools have different ways of approaching the fundraisers.

“Sycamore High School has Fashion for the Cure which is a fashion show,” Hafner said. “We have programs at Sycamore, Lakota East, Lakota West, Mason, Walnut Hills and more.”

The partnership that East has with the Dragonfly Foundation helps to support families that are going through the unthinkable.

“I always remind people that it’s not about finding a cure or treatment,” DiVito said. “It’s helping families cope with different events and having the family feel still even after someone is diagnosed with cancer.”